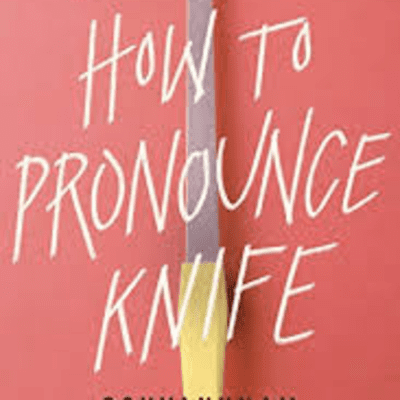 How To Pronounce Knife Souvankham Thammavongsa

Named one of The New York Times' "7 New Books to Watch Out for in April," this revelatory debut story collection from O. Henry Award winner Souvankham Thammavongsa honors characters struggling to find their bearings far from home, even as they do the necessary "grunt work of the world." In the title story of Souvankham Thammavongsa's debut collection, a young girl brings a book home from school and asks her father to help her pronounce a tricky word, a simple exchange with unforgettable consequences. Thammavongsa is a master at homing in on moments like this -- moments of exposure, dislocation, and messy feeling that push us right up against the limits of language. The stories that make up How to Pronounce Knife focus on characters struggling to build lives in unfamiliar territory, or shuttling between idioms, cultures, and values. A failed boxer discovers what it truly means to be a champion when he starts painting nails at his sister's salon. A young woman tries to discern the invisible but immutable social hierarchies at a chicken processing plant. A mother coaches her daughter in the challenging art of worm harvesting. In a taut, visceral prose style that establishes her as one of the most striking and assured voices of her generation, Thammavongsa interrogates what it means to make a living, to work, and to create meaning.