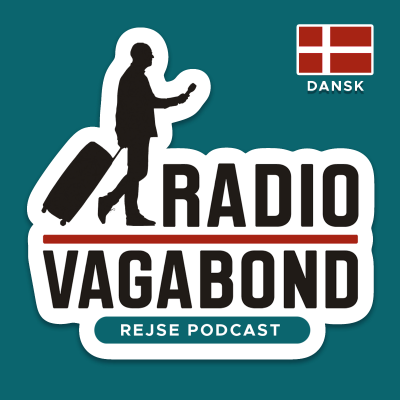 As I was working on the next episodes from Saudi Arabia, I came across a recording from the car when I was driving across the country with Cynthia Rignanese – who calls herself “Cynthia Globe” because she travels so much. In fact, Saudi Arabia is her country number 124. She’s a lawyer from Florida and has her own law firm, which allows her to take a lot of time off to travel the globe. And this episode comes out just a few days before we meet again for another epic journey in four African countries. Ghana, Togo, Benin, and São Tomé & Príncipe. But that’s another story. PLAY THE GAME & TRY NOT TO HIT A CAMEL In this one, we play a game as we’re driving across the Saudi desert, trying to avoid hitting one of the many camels walking across the road from time to time. And the speedbumps. Oh my god, the speedbumps... They just come out of nowhere without any warning. The game basically goes like this: We take turns asking simply, “would you rather A or B questions”. And here they are so you can start thinking about what you would answer yourself. * Would you rather go to the Arctics or Antarctica? The north- or the south pole? * Would you rather go scuba diving in theGreat Barrier Reef [https://greatbarrierreef.org/]in Australia or do theRickshaw Challenge [https://www.rickshawchallenge.com/about/the-rickshaw-challenge/], driving a tuk-tuk yourself for ten days in India? * Would you rather spend a weekend in the seven-star luxury hotel,Burj Al Arab [https://www.visitdubai.com/en/places-to-visit/burj-al-arab?DTCM-SN+%7C+Portugal+%7C+Search+%7C+EN+%7C+Pillars+%7C+Phrase+%7C+New+User&gclid=CjwKCAjw5s6WBhA4EiwACGncZfTpgiwfICAMVP6unmUPTG8A56cDCSSjLdFUoxINhqfigWlNFQV27xoCXjUQAvD_BwE&gclsrc=aw.ds]in Dubai, or in a glamping tent in theSerengeti National Park [https://www.serengeti.com/]in Tanzania? * Would you rather ride a camel or an ostrich? * Would you rather do the Trans-Siberian Railroad or go dog sledging in Eastern Greenland? MEET CYNTHIA - AGAIN I met Cynthia in Florida when I was there in 2021, and you might rememberthe episode [https://www.theradiovagabond.com/florida-with-globetrotting-cynthia/]where we talked about how she got into collecting passport stamps. If not, go back and listen to that one too. RIDING AN OSTRICH IS WRONG We’re having fun talking about the thrill of riding an ostrich in our conversation. But according toPETA UK [https://www.peta.org.uk/], it is cruel to ride an ostrich. PETA stands for The People for the Ethical Treatment of Animals. An article says that the ostrich skeleton is not designed to support a human's weight, and this practice is likely to harm the physiology of the animals. We all live and learn (as we should), like when I wentswimming with dolphins [https://www.theradiovagabond.com/057-bahamas/]in the Bahamas and later learned that you should not support places where they keep and train dolphins in captivity. Listen to the episode about that if you want to hear more. In another article from PETA called “Holiday Attractions You Need to Avoid [https://www.peta.org.uk/living/animal-tourism/]”, they also say: ”Please, never ride an elephant, a horse, a donkey, a camel, or any other animal at a tourist attraction.” Specifically, when it comes to camel riding, they say that “Camels are intelligent, sensitive animals who suffer when forced to give rides to tourists. In some parts of the world, these regal animals being beaten bloody with sticks before being sold to the tourism industry. They are used for rides in the blistering heat, they are denied access to food, water, and shade.” I’m not saying it happens everywhere ... but maybe, so make your own choices. When I rode camels in Morocco and the Dubai desert, I had no idea. Now, I don’t need to do that again. MALAYSIAN VISITING GREENLAND We talked about visiting eastern Greenland, and I mentioned an interview we did when I was producing the LEGO Art podcast about the World Map. Here Malaysian-born, Wani Baumgartner talks about her trip there. We also speak to other amazing world travellers, like Thor Petersen, Dane and Stacey, and Earnest White III. If you want to hear the whole thing, go toLEGO.com/Art [https://www.lego.com/en-us/themes/art/world-map]and click on the World Map. LET’S DO IT AGAIN, CYNTHIA This was fun. I’ll see if I can persuade Cynthia to do another when we’re soon travelling through Africa. The luxury train in southern Africa I was talking about is called Rovos. Go toRovos.com [https://rovos.com/]to see more about that. My name is Palle Bo, and I gotta keep moving. See you.